The Akita is named for his place of origin, the Odate region in Akita Prefecture (Americans: think ‘state’), on the island of Honshu in northern Japan. So the Akita is not a polar dog, though his coat resembles that of traditional polar dogs such as Huskies and the Alaskan Malamute. There is, of course, a reason for this: the winters in Akita prefecture are reputed to be among the snowiest and coldest in Japan. Akita was a region of hunter-gatherers and principally nomadic tribes. Akita dogs were used for hunting (hence the name ‘Matagi Akita’) in these regions. Nowadays Akita’s economy remains dominated by traditional industries, such as agriculture, fishing, and forestry.

Is akita a big dog

The Akita is considered a large breed. They are not considered to be a dog for novice owners, as the dog’s master should be assertive in showing the dog its place in the pack, and to have some experience of dog behavior. They are naturally wary of unknown people and animals and should be well socialized to avoid undesirable aggression. Left unattended in the backyard or a kennel, they can develop ‘personality’ problems, and may become destructive to the yard due to boredom.

What is Akita’s dominant behavior

They are highly pack oriented, thus, isolating them from a social environment (i.e., the owner) causes them great stress. The Akita is a dominant dog that may expect other dogs to be submissive. Akita’s should never be taken to off-leash dog parks due to this dominant behavior, as well as the fact that the dogs are large and strong, and would be difficult to restrain physically if the dog is not properly trained.

How to train the Akita

Akita’s may take a while to train because they are easily bored and can be stubborn. Akita’s are highly intelligent, and will only obey a task if they see the point of it. They are not trick dogs. They are also a dominant species, and will not take orders from a weak or abusive leader, requiring a firm but loving education where “no” always means “no” and never “whatever”.

Are Akitas good with children 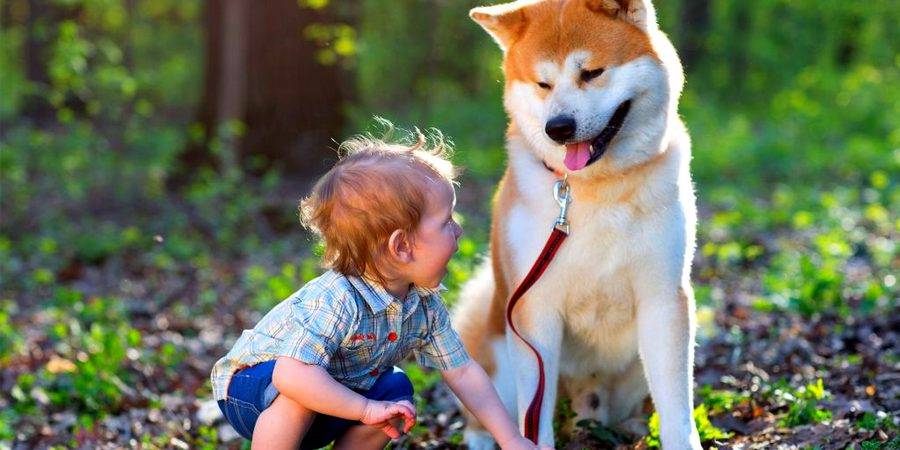 Akita’s are devoted protectors of children in its pack, and it is said that Japanese mothers often left their children with only the Akita’s to watch over and protect them. This devotion will not necessarily extend to other children, especially if teased and can be aloof with strangers. Common sense should prevail, and adequate supervision of pets and children is generally a good idea. Having said this, a well-socialized Akita will be more comfortable with this.

They are excellent house dogs. They require moderate but regular exercise. Akita’s are known to be very quiet dogs, only barking “when there is something to bark about”.
An Akita is not likely to shower affection on someone that is not a member of his family or a close friend that he sees frequently and can be extremely aloof.
The Akita breed is famous for its loyalty, and a pet Akita will patiently follow its master from room to room, without ever getting underfoot. The tale of Hachiko illustrates their loyalty.

Remarkable facts about the Akita

The Akita is a special breed. These facts might be really interesting: