Home » Akita Care » Why is Akita Scratching for Relief

Demi is a friendly Akita, she’s always happy and playful: or at least she used to be up until one summer at 15 months of age. She then just started scratching. As if the itching drove her mad she was literally rubbing and licking her skin away. The once beautiful Akita lost her shine. 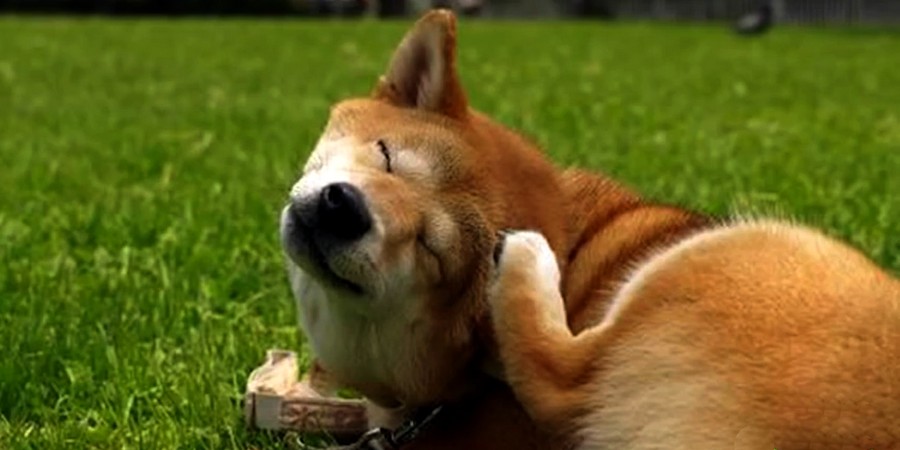 Demi showed bald spots in her arm-pits and below her tail plus self-inflicted wounds in her face. Scratching for relief of allergy symptoms does cost a lot of energy. At first, it just seemed as if she had developed a bad habit and the owners at first tried to correct her for overdoing the scratching thing as perhaps she was just seeking attention being in the puberty age. Demi, the docile dog she is, obeyed and stopped the scratching as long as one of her human family members was around. But as soon as they left the room, she would make up for lost scratching time and hit it like crazy. Also when she got aroused and her blood started flowing more quickly through her veins, it appeared the itching increased.

And so it happened she was taken to the vet (well, not for the first time of course). She showed self-inflicted wounds and around her eyes, virtually no hair had survived the intense scratching.

The vet checked her for parasites and teeth problems (as she was scratching around her jaws as well) but found no problems in that area. He then advised changing her dog food from high energy to Lamb & Rice, to rule out a dog food allergy. Lamb & Rice is a combination that is often prescribed as low-allergen dog food and the rationale behind it is that dogs won’t have eaten this before. However, nowadays Lamb & Rice is not such an exotic dog food anymore: and in this case this choice was not so fortunate for Demi. 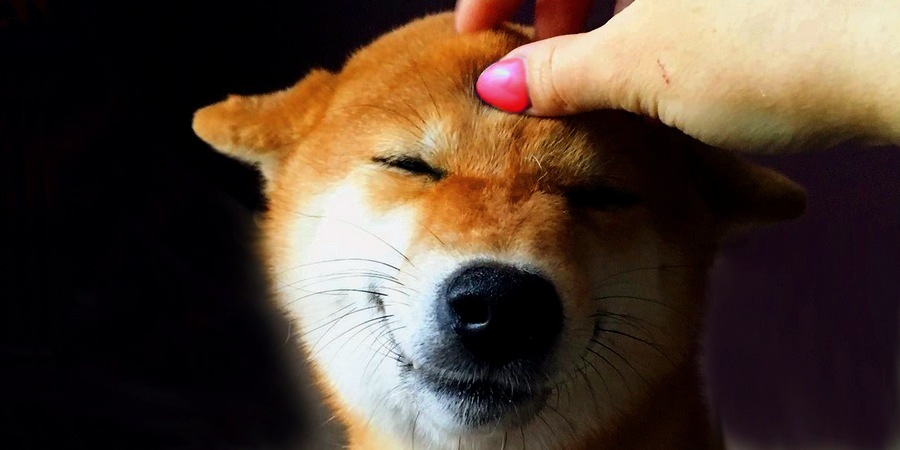 Demi has a very loving owner who would sleep on the couch, during the heavy episodes, just to be in time to calm her down. No more scolding or shouting to try to stop her hurting herself, but instead remaining calm and trying to transfer tranquillity to her (as if giving Reiki to a dog). The owner would gently let her hands go over the itching spots, which gave Demi some relief. This was to avoid Demi mutilating herself as the self-inflicted wounds can progress and get infected (so-called hot spots).

However, the symptoms did not disappear and she was taken to the veterinarian again. She received medicine to relieve the itching and, thank god, this worked so she could have some sleep again. Poor Demi had not enjoyed a good night of rest for quite some time and this was taking his toll as well, changing her behavior and making her more nervous. She also got antibiotics and a skin sample was taken for further research. No parasites or scabies were detected.

Standard treatment in itching is to change dog food for about 3 to 4 months and to only give your dog that dog food, no treats, no snacks, no table scraps, nothing whatsoever. When symptoms remain, then a blood test is indicated. And Demi obviously qualified for this next step. Finally, it all became clear. Just have a look at the results below.

Demi was suffering from multiple allergies such as grass allergy which explained the increase in allergy symptoms during summers (like the first episode) but also a very high score to rice and to a lesser extent to lamb as well, the main ingredients in her so-called hypoallergenic dog food. What an unfortunate choice this had been! With this new knowledge, she was immediately taken of Lamb & Rice and transferred to Duck & Potato Diet (Tovet’s DPD).

To deal with the inhalant and contact allergies for grain and grasses, immunotherapy was indicated. It’s pretty easy to ‘cure’ dog food allergies (the cure is to just eliminate the ingredients from the menu) compared to curing environmental allergies. It is often impractical to keep a dog away from offending allergens, so another solution than elimination is required. Based on the results of the allergy test a special mix was created in the laboratory to desensitize Demi to the identified culprits.

Since this involves weekly injections the owner had to learn how to inject Demi subcutaneously with these liquids. This kind of therapy thus requires a dedicated dog owner and it can be quite difficult to inject your own pet (well, that’s my personal experience). The owner was given three kinds of fluids (red, green, and blue caps) and the amount was set for a period of 6 months of therapy. There is a small risk of anaphylaxis, but still, it’s the safest long-term treatment available. About 70% of treated dogs respond well to immunotherapy.