Sebaceous Adenitis (SA) is a hereditary autoimmune skin disease whose mode of inheritance is believed to be a simple autosomal recessive, requiring a single Defective gene from both sire and dam. SA is not sex-linked. A genetic disease of this type cannot be cured but can be treated and most definitely can be bred away from.

What breeds suffer from SA 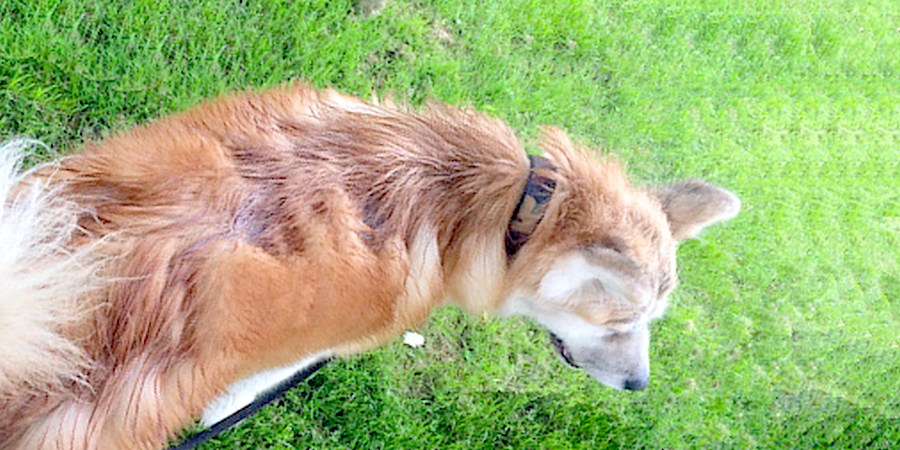 When does SA can appear

Sebaceous Adenitis is most frequently seen in younger dogs but does affect dogs of senior age as well. A parent of a SA dog may or may not show clinical symptoms, being what is known as subclinically affected, meaning that some inflammation may exist but has not progressed to the destruction of the glands and the subsequent loss of hair. They may have been described as having some skin allergies, but they are carriers none the less.

Is hair loss equal to SA

In SA the sebaceous glands that adjoin the hair follicles become inflamed and gradually are destroyed. Symptoms of SA can resemble allergies and can often go improperly diagnosed for some time. The most common symptoms are excessive dandruff (scaling) and hair loss, which can be from moderate to severe. The hair loss is usually patchy, giving a moth-eaten look. Itchiness is not indicative of SA but can accompany secondary skin infections, which can flare up and are often accompanied by a musty odor. The treatment includes antibiotics when secondary skin infections are present.

A local anesthetic is injected into the site to be biopsied (usually near the withers or affected area). When the area is numb, a tiny 6mm Baker’s biopsy punch is used to remove a tiny plug of skin. Usually, only one to two sutures are needed to close the biopsy site. The sample will then be gently placed (without squeezing) in formalin and sent for evaluation by a dermatopathologist.

What does SA mean for Akitas

In Akita’s, systemic illness (weight loss and fever) appears more common and is suspect as being indicative of a secondary underlying disease/condition. However, this is not to say all SA-affected Akita’s have accompanying ill health. Many owners have claimed relative ease of maintenance of their SA-affected Akita, provided they stay on top of the situation by carefully monitoring the Condition of the skin and the overall appearance of their Akita’s health.

How to treat SA

Currently, there is no cure for SA but with good care, the affected dog can be comfortable, healthy, happy, and capable of giving and receiving love just as before developing SA. Dogs with SA can live happy lives free of pain and suffering. Treatment is relatively inexpensive, the most difficult aspect of SA usually being a cosmetic one. Some recommend oil baths, rubbing well into the skin a non-perfumed oil (baby oil, bath oil i.e., Alpha Keri, and Redken products have proven beneficial) to ensure saturation and allowing it to soak into the skin for about an hour. The oil loosens the scales and lubricates skin compromised by the absence of sebaceous oil glands.

Care for Akitas with SA

Palmolive dish-washing detergent is good for removing the oil and often requires several shampoos. Finish with mild dog shampoo and creme rinse. Repeat this procedure bi-weekly or monthly as needed. Some dogs grow new hair after treatment; others do not. The hair loss and regrowth is cyclical. Many Akita owners have disclaimed this treatment, not having seen significant improvement, preferring instead to gently brush affected areas a few times a week with a very soft bristle brush, thus removing the scales that harbor bacteria, which can lead to secondary, skin infections.

How can we rid our breed of this disease? We now understand with certainty the mode of inheritance. We can strive to breed away from this disease by using the objective diagnostic protocol on breeding stock.