Once a man in New Zealand was attacked by a Japanese Akita. Now he wants the popular dog out of the country or at least added to the country’s dangerous dog list. He thinks Japanese Akita’s are three times more dangerous than a pit bull.
The victim was working on a job in a home in Auckland, New Zealand. The dog was the very loved family house dog of his clients. Just hours after the attack Dog Control Officers were on the scene. The owners said their dog had never attacked before. The decision to whether or not the owners will be prosecuted is still being decided.

All dogs are capable of biting 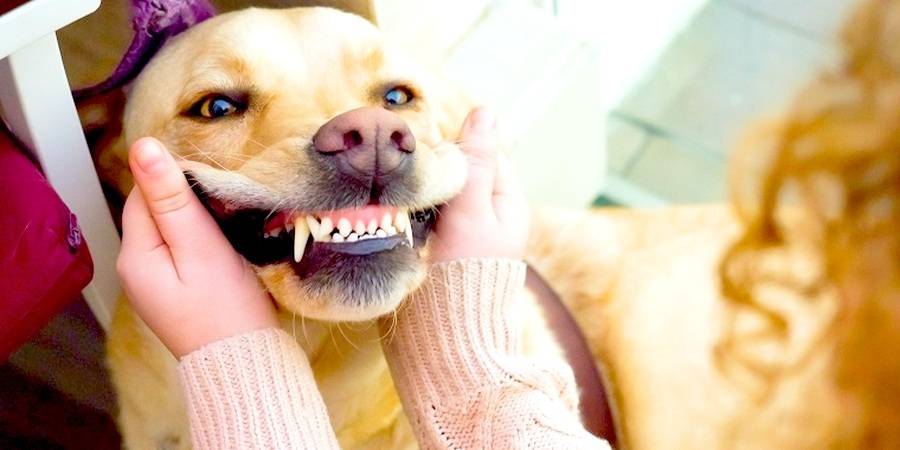 All dogs can launch an attack. There is no evidence that Japanese Akita’s are more violent than any other breed. Experts say you can’t single out just one dog breed as the new public enemy number one. This resembles the nature-nurture debate. Dog’s behavior, is just like ours, not fully controlled by the genes. A predisposition to behave in a certain way is only a small part of the equation. The environment has a bigger impact as to whether or not the aggression is going to surface or not. The triangle: dog breed, dog training, and the owner – is what’s important.

Who is responsible for biting

A dog that has had negative experiences with people is more likely to develop a fear of people which can result in unprovoked bite incidents. Don’t stare a dog right in the eyes. Imagine a human stranger doing this to you. How would you feel? When a dog gives a warning, then accept the warning. Socialized dogs will give light warnings first, then stronger and stronger and only if you can’t take any hint then the dog would have to escalate the warning further. When we as humans are the superior breed, then act superior. Learn the doggy language as they cannot learn ours. Education is very important. Up to 75% of dog bites are actually by the victim’s own dog.

A single case is not a precedent 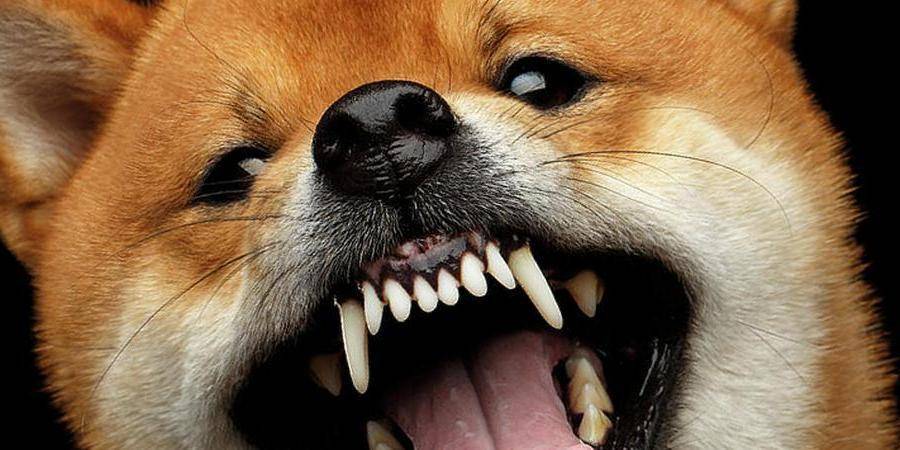 You can’t decide a whole breed is aggressive because of a biting incident with an individual dog. If so: then what conclusions can be drawn about the human race after reading some random newspaper headlines? The bond between dogs and humans is based in part on trust, and part of that is eroded once you are bitten. If the victim is a bystander and not a dog owner, he is likely to be lost forever to any relationship with dogs and may become hostile to them. Hostility coupled with activism can sound the death knell of a breed.

Do not jump to conclusions without right data

John Payne, President of New Zealand Institute of Animal Control Officers, only today heard for the first time of a Japanese Akita attacking and he’s 21 years on the job. In order for a breed to be designated as a dangerous dog breed, they need to be disproportionally featured in dog attacks and there aren’t really any dog breeds that fit into that sort of category.

For instance, German Shepherds account for a large number of bite incidents, but that’s just because there are a lot of German Shepherds around. Before jumping to conclusions you have to know how to interpret quantitative data. Scientists are examining aggressive genes in dogs. Swabbing that dog and analyze its gene profile can help to predict whether a dog that has never been aggressive in the past is likely to be aggressive in the future. Then what? Are we going to allow these dogs to be destroyed whilst they haven’t done a thing wrong so far? Within 24 hours, without a jury?

The truth of the matter is, all dogs can be provoked or egged on to bite. Aggression is, of course, part of the dog psyche (as it is also part of the human psyche); young dogs, particularly males, do frequently test the dominance status of higher-ranking males. There’s no such thing as a ‘bad’ breed. Practically all kinds of dogs are trainable. Proper training and socialization can make otherwise violent dogs, such as pit bull terriers and Rottweilers, adorable and gentle ones. 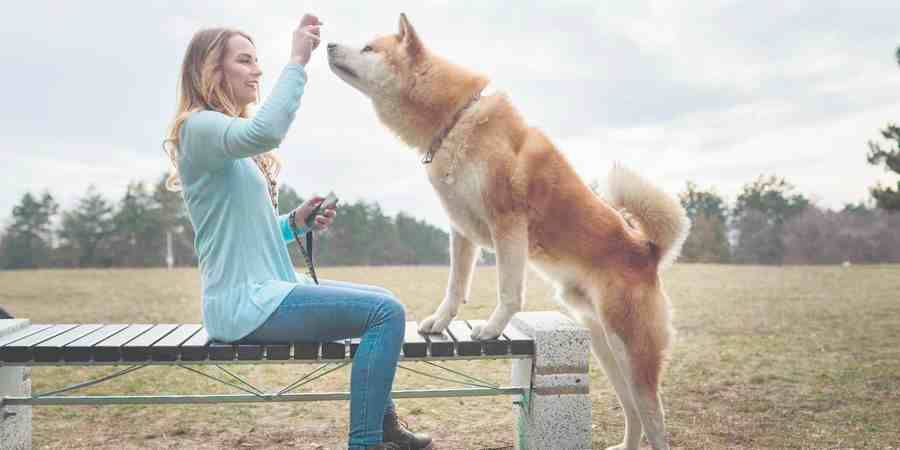 Dog owners should have their beloved pets trained to follow basic commands like come, sit, lie, and stay. The obedience training school is one way of effectively preventing many dog-biting incidents, but you should try to find time for day-to-day instruction between dog and master, as well. This helps build the bond between you and your dog; when your dog trusts you enough, he dare not attack other people, particularly you.

Aggression can only be successfully prevented and handled by the very behavior that your dog understands clearly. Your Akita may show two different types of aggressive behavior.
The first type is the so-called fear-based aggression. That means that a dog feels insecure and does not trust a human (a coach, a vet, etc.). Usually, in such cases, he will not bite if he is sure he would not be hurt. Anyway, your Akita should be corrected by such behavior and then shows that if he is quiet, he gets praise and nothing bad happens to him. This can sometimes be achieved by placing the dog in those positions while he’s wearing a muzzle. Do not can bite, and ultimately learns that everything ends “Okay”.
Not so for the second type of aggressive behavior which is also known as prey aggression, which can be fixed with several corrections of motivation. Akitas have a very strong hunting instinct and the dominant personality. No doubt the aggression must be firmly corrected, but only at a right and high level. That is why it’s usually necessary to enroll your Akita a local academy of Dog Training, where the experienced coaches will train your Akita and correct him for the aggression.

The aggression can be also divided towards strangers and family members. Any dog can be suspicious of strangers just because he’s never seen them before and therefore had not any chance to get used to them. Being taken outside a lot to see other people, exploring positive experiences, that a stranger doesn’t hurt you or him lets your dog relax and will be able to handle the aggression. 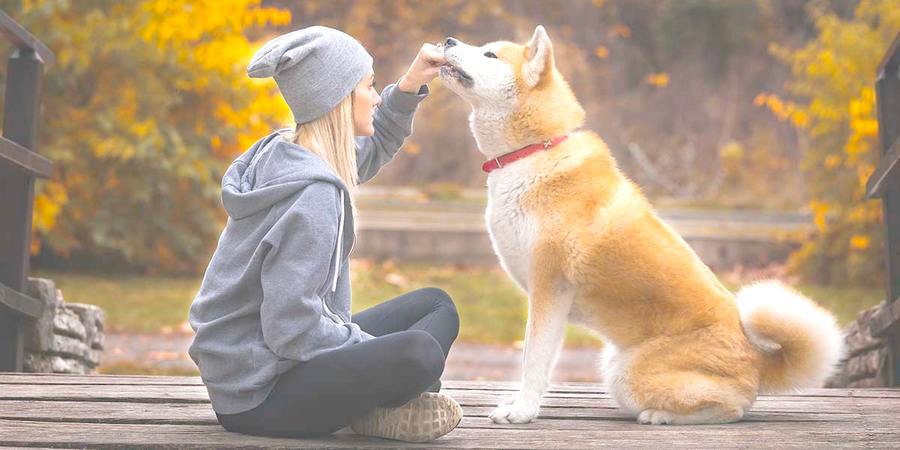 In other words, socialization is required. Socializing your dog means regular exposing him from puppy age to a wide variety of new experiences, new people, and new animals. Socializing your dog is pretty easy to do, it’s more of a general effort than specific training. From puppyhood, he has to learn that it’s safe for himself and to have time to learn it. As a result, he will demonstrate calm and unaggressive behavior toward strangers.
If you enroll your Akita to puppy preschool he will use to communicate with other puppies under the wise control of the qualified trainer. This will be the first step to balanced behavior and to Dog Training courses when your pup becomes adult.

Usually, Akita can be aggressive towards family members because he’s trying to defend one of you or feel not comfortable with the treatment he’s getting from you or other members. Akita is known as a resource guarding breed. However, resource-guarding may be more brightly expressed as you wish and therefore exceed your expectations.
The answer, why does it happen, is domination. Domination is a specific trait of the Akata breed. In other words, your dog simply ranks each member of the family and has his own opinion of where he is in this environment. If your Akita thinks that he is ranked higher than other family members, he can start trying to act aggressively. 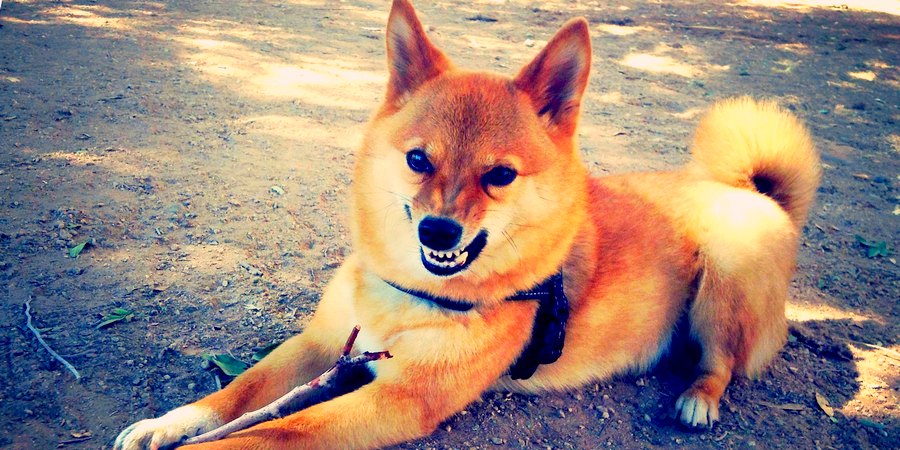 Active resource guarding is a classic example of dominant behavior: only a “dominant” dog let himself to act aggressively in defense of resources.
You should know it and underline your authority over your dog with patience but determinately. Right short by regular training will make it very clear to your dog that you’re the boss and he can’t even think to do anything about it. Do not forget about treats and praises for obeying your commands. If you’re not entirely confident doing this yourself, you may enroll your Akita to Dog Training courses, where experienced coaches help you to train your dog more effectively.

There are some typical causes of aggression towards family members. One is a bad grooming experience: bathing, brushing, teeth-cleaning, and nail-clipping are the most common. Another one is handling, because not all dogs like to be handled have different handling thresholds. Both breeders and owners can minimize these problems by regular customizing to everyday care and physical contact from a very young age. Let feel your Akitas comfortable with full-body contact and getting used grooming. It’s a lot easier if you start from puppyhood. If older dogs haven’t had a lot of physical contacts or got bad grooming experience throughout their lives, they could sometimes find physical affection difficult to accept. Sometimes it’s better to hand the grooming over to the professionals. Anyway don’t give up, be prepared to act with patience and love, and do not allow any aggression. For more information on the right grooming ask your breeder and veterinarian.

The most popular myths about Akita’s aggression